One of the  Biggest Hiring Manager Mistakes.
It Happens A LOT - Don't Do This... 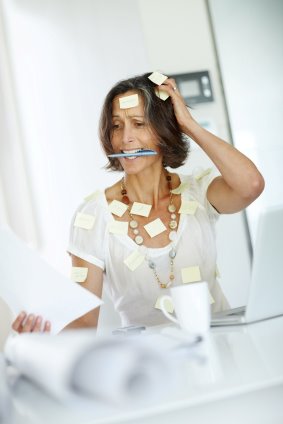 Those mistakes are why I wrote How to Hire Superior Performers: 70 Best Practices, Strategies and Tips for Interviewers. But the biggest mistake interviewers make is behavioral.  It's really common, not talked about much, very costly and an easy trap to fall into!  What is it?

It's your tendency to multitask!

We ALL Do It.  So, What's Wrong With Multitasking?

Like many people, I like to multitask. It's ‘normal’ for me to answer emails while I'm on hold on the phone. And I know I shouldn't, but I often send urgent text messages while stopped at a red light. And sometimes, I hate to admit this, I create my grocery list when my very nice and friend "Chatty Cathy" calls and talks non-stop for an hour.

It can be satisfying to multitask. We all do it, and most of the time it works for us.  It can help lower stress and help us feel less time-compressed as we get stuff checked off of our to-do lists. In addition, it can divert attention and save relationships when we’re feeling restless, like when my dear, talkative friend calls or when you're stuck in a boring meeting!

However, the habit of multitasking and keeping a daily schedule, that's non-stop, can make it really difficult to sit still and focus on one thing at a time when we need to.

And sitting still and focusing is EXACTLY what you need to do when you are interviewing!

When hiring you've got to Focus, Be Present and Tune-In during every part of the candidate interview process if you want to determine if the person sitting in front of you is a great fit for the job and a superior performer.

If you're guilty of making the biggest hiring manager mistake, and you multitask when interviewing, you could be costing your company A LOT of  money.

The Cost of Turnover:

“Driving is a multitasking activity, so all other distractions need
to be limited. When you combine cell phone use and other
distractions to driving, it's a recipe for a crash.”

Take out the lieutenant’s reference to driving and insert the word interviewing, and now re-read the Lieutenant's quote. Just like driving, when interviewing you want to eliminate all other distractions.   Author and Psychiatrist Judith Orloff’s point of view about multitasking makes a solid point, also applicable to interviewing:   “Multitasking lets us manage a deluge of very real duties, but it also jeopardizes the now.” 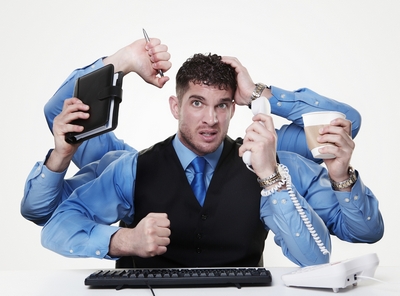 It's no wonder that multitasking is the biggest hiring manager mistake when you review these astonishing studies, facts and stats:

“When we multitask, we lose our focus, obviously, on what
is important.  When we lose focus on what we are
working on, it minimizes the quality of the work.”
Teacher Gerry Sansone

TAKE THE QUIZ: Is Multi-Tasking Hurting You When You Are Interviewing Others?

Determine if YOU make the biggest hiring manager mistake by thinking back on your most recent  candidate interviews.  What was your state of mind prior to and during each interview?

How did you do?  If you have a few 1’s or 3’s you might have had a hard time turning off your multitasking mind and usual busy schedule while interviewing and you're probably making the biggest hiring manager mistake.

If so, it's GREAT that you now know.  Oftentimes its the little changes that we make that make the biggest difference.   Now you that you know that multitasking lowers your IQ more than not sleeping and marijuana (amazing, huh?), you can now decide to NOT multitask while interviewing.  Avoiding the biggest hiring manager mistake will help you make much better hires!

Use This Multitasking Mantra as a Reminder To Help You
Stop Making The Biggest Hiring Manager Mistake:

“I am never unprepared and rushed during candidate interviews.
I make sure to clear my schedule, listen aggressively and give
every interview my full attention.” 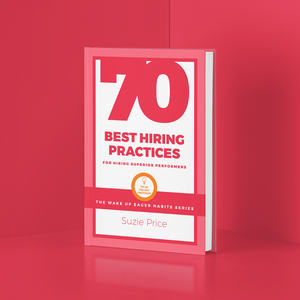 LET'S TALK:
Contact us to schedule a Complimentary Consulting Call